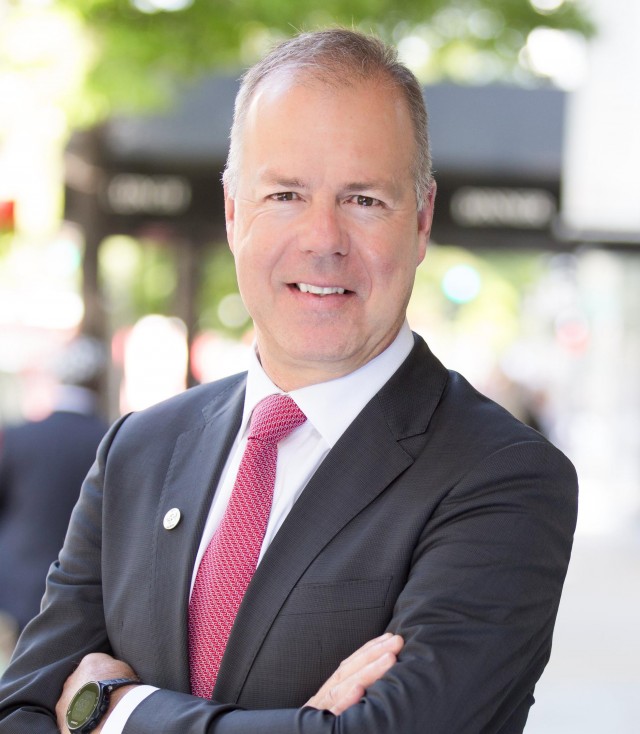 Sylvain Roy has more than 30 years of experience in managing international development programs focusing on agriculture, food security and agribusiness. In 2009, Mr. Roy joined CNFA as Vice President of Programs, overseeing the implementation of its project portfolio across 23 countries.

In 2014, CNFA’s Board of Directors appointed him to the position of President and Chief Executive Officer. Before joining CNFA, Mr. Roy served as an International Agribusiness Advisor in Kosovo for the Swiss Foundation for International Development and Cooperation. Prior to his work in Kosovo, he served as Project Director of the Dutch-funded West African Agricultural Input Project (MIR) headquartered in Burkina Faso. Over a period of 15 years based in Africa, Mr. Roy also served as Project Director of various programs including a coffee and cacao micro-finance project in Togo, a cereal marketing project in Mali, and a dairy production and marketing project in Cameroon.

Mr. Roy began his career in the livestock sector by owning and operating a farm specializing in sheep production in Canada. He furthered his livestock experience by serving as the General Director of a meat processing factory and as the President of the East Quebec Sheep Producers’ Association.

Mr. Roy holds an MBA with a specialization in agribusiness from Laval University in Quebec, Canada. He also has a degree in agricultural technologies from the Agricultural Technology Institute of La Pocatière, Canada.