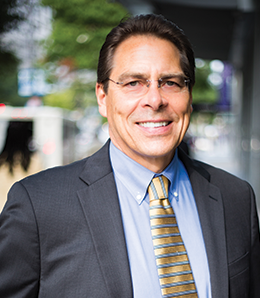 Before joining CNFA, Mr. Pieper served as the Chief of Party for the USAID-funded Public Private Partnership (PPP) Development Program (P3DP) in Kiev, Ukraine, which aimed to promote the use of public-private partnerships to expand public infrastructure and improve public services for Ukrainian citizens. The central focus of P3DP revolved around the implementation of 10 successful PPP pilot projects across a broad range of economic sectors. Prior to Ukraine, Mr. Pieper worked throughout Eastern Europe and the Middle East in financial services, new business creation and sustainable development. He directed the startup of 17 full-service retail branch banks throughout Kosovo while serving as CEO of the full-service American Bank of Kosovo. Within two years of start-up, the bank attracted 65 million euros in deposits and went on to disburse 55 million euros of SME and agricultural loans with 97% on-time repayment. Eventually, Mr. Pieper moved the bank to the private sector through its sale to Raiffeissen Bank in Vienna, Austria.

Prior to his work in the international development field, Pieper spent 16 years in the private sector. Nine of these years included various management positions with the $3 billion Farm Credit Bank of the St. Louis district.

Mr. Pieper is a Certified Public Accountant, holds a Master of Business Administration, Finance degree from Washington University and a Master of Science, Agribusiness Economics degree from Southern Illinois University.